Children’s participation in Martial Arts has grown exponentially over the last 10-15 years in the U.S. and it has made a positive and long lasting impression on millions of children as well as their parents.  Once considered foreign, it’s now an accepted mainstream alternative to traditional youth team sports like baseball, football, basketball and soccer.

No other traditional or non-traditional youth sports program has grown as rapidly as Martial Arts for Kids and it’s not expected to slow down anytime time in the near future.  A large percentage of future growth will continue to come from pre-school Kids Martial Arts programs for children 3-5 years of age.

Kids Martial Arts programs for children ages 6-8 and 9-12 should continue to see a large influx of children that had previously not participated in team/youth sports.  Another trend fueling the Kids Martial Arts industry is the growing number of parents that are saying no to traditional team oriented youth sports and yes to Martial Arts for kids.

This begs the question “Why would large numbers of parents throughout America start moving their children from time honored traditional youth sports programs like baseball, football and basketball to Kids’ Martial Arts programs?”  As it turns out, there is a very good reason for this exodus and by the end of this blog; you’ll have a much better understanding of why it occurred as well as why it will continue to occur.

Children that participate in martial arts training or traditional youth team sports do share some common benefits, such as staying physically active and improving motor skills, but they share very little else in common. 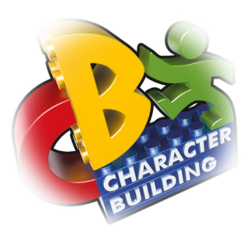 The founding principles and philosophies behind Kids Martial Arts and traditional youth team sports are very different, but what they hoped to accomplish and teach children was really quite similar.  Each placed a high value on becoming better human beings and participating in their program would help children build character, develop self-confidence, learn how to work as a team and set goals, increase muscle tone and develop better hand/eye coordination as well as keep them active and physically fit.

You would think that traditional youth team sports like baseball, football and basketball, and most recently soccer, would be the overwhelming choice for most parents, especially since they had been entrenched in our culture long before anyone had ever heard of martial arts.  Generations of Americans were brought up to believe that children who participated in traditional team sports like baseball, football and basketball would be happier, healthier and much more likely to fit in with their peers than those who didn’t. 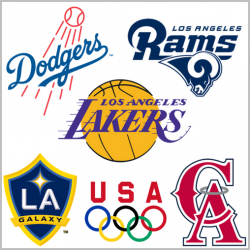 The American people have always taken great pride in our nation’s sporting achievements and our passion isn’t limited to international competitions or professional sports teams. We embrace everything from the Olympics, Lakers, Dodgers, Rams and Galaxy to our local Little League teams and everything in between.

“Fans” are what we affectionately call those who enjoy connecting with sporting events, sports teams or individual participants in sports. “Fans” come from all walks of life and their take on sports varies from person to person, city to city and sport to sport, but they all have one thing in common; they want their team to WIN!

There is a long list of benefits associated with participation in Martial Arts and Traditional Youth Team Sports, but you won’t find “Winning” listed anywhere. We all love to win, but we don’t necessarily classify ourselves as winners or losers. As parents and intelligent adults, we understand that winning or losing doesn’t define who we are or put limitations on what we can be.  On the other, hand, children are like little sponges and they tend to follow our lead and believe what we say.

For generations, youth team sports provided opportunities for kids to get together with their friends, learn how to compete and have fun. There wasn’t talk of college scholarships or playing professionally — there was just the game. Keeping kids involved in youth sports was easy because the desired outcome of youth sports was simple; have fun and play. Today, youth team sports has become a multi-billion dollar industry and things are no longer fun, simple or just a game. 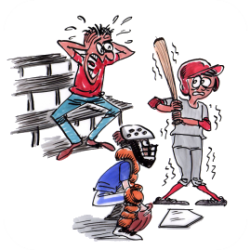 I didn’t understand why millions of parents would move their children from time honored traditional youth sports programs like baseball, football and basketball to Kids’ Martial Arts programs, but I do understand now.  The definition of success for traditional youth team sports no longer centers around character development, life lessons and having fun. Winning is the only thing that matters and that “win-at-all-costs” culture, created solely by adults, is a heavy price for our children to pay!

A small percentage of children thrive in the ultra-competitive “winning is everything” team sports environment, but the negative aspects of team sports can turn a healthy learning experience into one filled with anxiety and lasting feelings of inadequacy and depression for others. In today’s world of youth team sports, the pressure to win is omnipresent at every level.  It’s less obvious with team sports involving 4-5 year old children, but it’s there nonetheless.

Children feel the pressure to belong, fit in and gain acceptance at a very early age. By definition, team sports via coaches, identifies the more talented and physically gifted children and separates them from the rest of the group.   It may be hard to see because it’s not a physical separation, but it’s just as effective as putting up a brick wall.

Even at the lowest age levels of team sports, coaches still like to win and the more talented physically gifted children receive more practice time, more attention and get to play in all of the games. The more they play, the better they get. 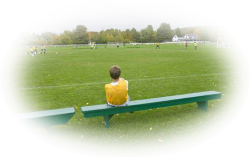 Less talented or physically gifted children receive less attention, receive very little practice time and only get to play in games that are out of reach, where rules force the coach to play you or it’s the last game of the year and the coach feels guilty about never putting you in a game.

The mental and physical gap between the better more talented players and the rest of the team grows daily, yet parents and coaches don’t seem to notice.  The kids are well aware of what’s happening and they know the outcome is a foregone conclusion.

The once happy group of little kids running around and having fun together will cease to exist and two new groups will emerge. The more talented and physically gifted kids that played in all the games, had more practice time and received more attention are in one group and everyone else was in the other.

The facade of “the team” being one big equal group of happy kids is long gone and the two groups physically and mentally distance themselves from each other.  Parents and coaches are either oblivious to the fact or make the conscious choice to ignore what they know is true.  They don’t mention the two groups in public and they may whisper about what to call each group in private, but none of this matters to the kids in either group anyway.  They were told sold a bill of goods about how much fun they would have, but they did learn something that they won’t soon forget.  There are only two types of kids that play youth team sports when winning is everything;

Our Kids Martial Arts program has never strayed from keeping the focus on your child and helping them to become the best person that they can possibly be.  We help build character, self-confidence, discipline and respect by setting achievable goals in a fun, stimulating and bully free environment.  We believe in positive encouragement, unconditional support and respect for one another.

As parents, you will be tempted to sign your children up for youth team sports programs like the one that you grew up with. It’s only natural, but do yourself and your children a favor and consider the advantages of Kids Martial Arts before you sign your name on the dotted line of any team registration forms.  Here are just a few advantages to consider:

These are only a few of the advantages of Martial Arts for Kids.  For a full list of benefits or to learn more about how Martial Arts can have a positive influence on your children’s lives, please call American Martial Arts Academy at 1-888-672-8922 or visit us at https://karateoc.com/.  We have two convenient locations to in Fullerton and Placentia/Yorba Linda to serve your martial arts needs.